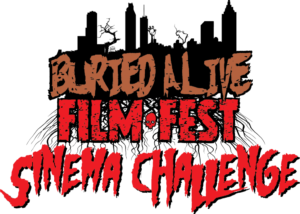 A determined pathologist’s investigation into why body parts have been washing up at a family beach leads her to an ancient and dangerous forest.

Rose, an icy photographer, encounters a mysterious old woman who plunges her headfirst into a psychedelic nightmare.

They Walk Among Us

The dead walk among us every day and everywhere. There is no escaping the spirits that intermingle with the living, and that behooves us to contemplate.

Mermaid in a Jar

Mermaid is in a jar, and unless I loosen the top she’s not coming out to kill me.

A film director falls asleep while watching tv and dreams about selling his soul for fame.

A Hand-Drawn retailing of a child’s religious upbringing in a religious cult – with a twist ending.

The End of All Things

Following her parents’ death, Victoria ends up in the care of a distant relative. As Victoria starts to frequent the garden shed, the Woman’s cheektooth starts to ache.

A feline plots to eat her human in anticipation of societal collapse thanks to the Coronavirus.

The Blood of the Dinosaurs

Exhausted after hosting a Halloween party, a young woman gets a knock at her apartment door from an unknown and otherworldly visitor come to mock her.

A Crew of Spacetrash Collectors must survive an Alien Invasion…

Your Houseplants Are Screaming

Human houseplants are held captive by a giant plant creature. Confined to their pots, the houseplants struggle to comprehend the horror of being shelf ornaments in a grotesque hell house made of flesh, meat, muscle, and bone.

Michael Myerz – Don’t Give Up

Michael Myerz is locked in the fight for his life against the reigning Monster Boxer Champion, the Moxer!

A young man settles down for a pleasant afternoon of horror movies only to be tormented by a relentless supernatural entity.

Three students film a documentary about Johannes Duyster, Antwerp’s 17th century executioner. This is their footage.

The Wet Nurse (Short before Feature)

In 1900, Marie sells pancakes made with mother’s milk and the recipe is all the rage One day Marie ran out of milk. But the peasants still ask for more. They are going to make her go through an ordeal to continue to consume this precious resource.

A heavy metal band on tour, indulging in the dark side of the road. Drugs, booze, and partying all come to a crossroad where one man’s burden, becomes a metal band’s curse.

When Nina removes her neighbor’s laundry without permission, she quickly finds herself in a load of trouble.

Desperate father who is struggling to find his daughter’s killer meeting a stranger asking for help at the river’s bank. This encounter turns to be a fatal one for both men.

Chloé is a serious actress who’s spent her life on the stages of Paris. Doomed to star in one last performance of Shakespeare’s ‘A Mid-Summer Night’s Dream’ Chloé fights for her moment in the spotlight. How far will she go to be the star of the show?

Through the creation of a family portrait, a mentally imbalanced young artist connects with her dead mother to exact revenge on her ghoulish father and abusive grandfather.

The genre-bending story of a “Life Ending Technician.” Who details, her rise in a mostly male dominated field; which consists of Russian mob clients, disturbing methods of torture, and maybe one too many bad ex-boyfriends.

My wife is attacked in front of me. I start to visit the women I’ve met one by one. But when I meet the last woman on the list , I couldn’t resist the lust, and I made love again.

A corporate public information film about the importance of cleaning up after your dog. Come on guys, we’re all in this epidemic together- just pick up the pup poop.

A lovelorn underdog buys a novelty meteorite, but when the gift proves to have a mind of its own, he must purge himself of the parasitic entity before it consumes him.

4:00 PM What Happens Next Will Scare You

Working late on their Halloween feed, a motley crew of internet journalists share their top thirteen scariest viral videos, but when an early entry curses our snarky hipsters, they must distinguish fact from fiction before a tidal wave of terrifying supernatural activity leads to real-life murders.

Ghost Dogs (Short before the Feature)

A family’s new rescue pup is terrorized by deceased pets in this mind-bending horror.

Fucking Ghosts (Short before the Feature)

A guy with his guts on the outside of his body really wants a promotion.

An anxious patient fears his concerns are being ignored when his routine operation yields unexpected findings.

Jenny is this ordinary workaholic woman, until one day she is drawn into this mysterious and intense sci-fi pursuit.

Dr. Nova Thorpe must warn everyone that something is on the loose. Something, different.

Amidst the Covid-19 Pandemic Chris is happily avoiding all human contact when a friend confronts him about his past promises. Chris must decide what kind of person he is inside, or it may just eat him… alive.

When Hollywood mega-star Cooper Bradley goes to a special effects lab in Atlanta to get his head molded–all hell breaks loose–and he has to not only get his head – but his very soul – back from the VFX master who cast it.

A waiter is terrorized by an entitled customer who won’t leave… or tip! World premiere of the newly remastered film from Unearthed Films

A pair of American criminal brothers take a family hostage in order to cross into Mexico, but ultimately find themselves trapped in a saloon frequented by vampires.

A young woman drops in to check on her grandmother to find an unexplained mess and a mysterious statuette on a makeshift altar. She’s rendered unconscious and wakes to finds an ominous atmosphere dominated by the spirit in the statue.

Strange happenings at Maud’s house go from bad to worse, and Maud is left with no choice but to confront the spirit hiding in the shadows of her home.

Nigel is on his way to meet his partner’s daughter Emily for the first time. With high expectations in tow, he’s hoping to make a great impression.

A guy jogs at night listening to a “how-to-pick-up-girls” tutorial when a girl appears. If only the girl wasn’t running away…but wait…why is she running at all?

A man undertakes a dangerous ritual in an attempt to save his ailing wife.

Frankie follows her friend Arezoo to a weekend retreat led by a popular Shaman. The Shaman gives Frankie a concoction to drink. However, something just doesn’t feel right.

It seemed like any ordinary day. Until it wasn’t.

Juan imagines Laura being suffocated and becomes obsessed with those images that become more frequent and more real, to a point of no return.

Finally, You is a dark, violent, romance tale about two people finding love where they least expected.

Relationships can be killer, but the best advice for a successful one, is patience and a short memory.

It’s Kill Bill meets The Crow when The Cross (Charis Ann Jeffers) a one armed vigilante uses the arm of her murdered adopted father as a weapon to fight crime. Fueled by an insatiable desire for revenge, she vows to protect the city from a mysterious terrorist group called The Gun Gals.

A collection of short films, music videos, and other experiments from BAFF favorite filmmaker Brian Lonano! 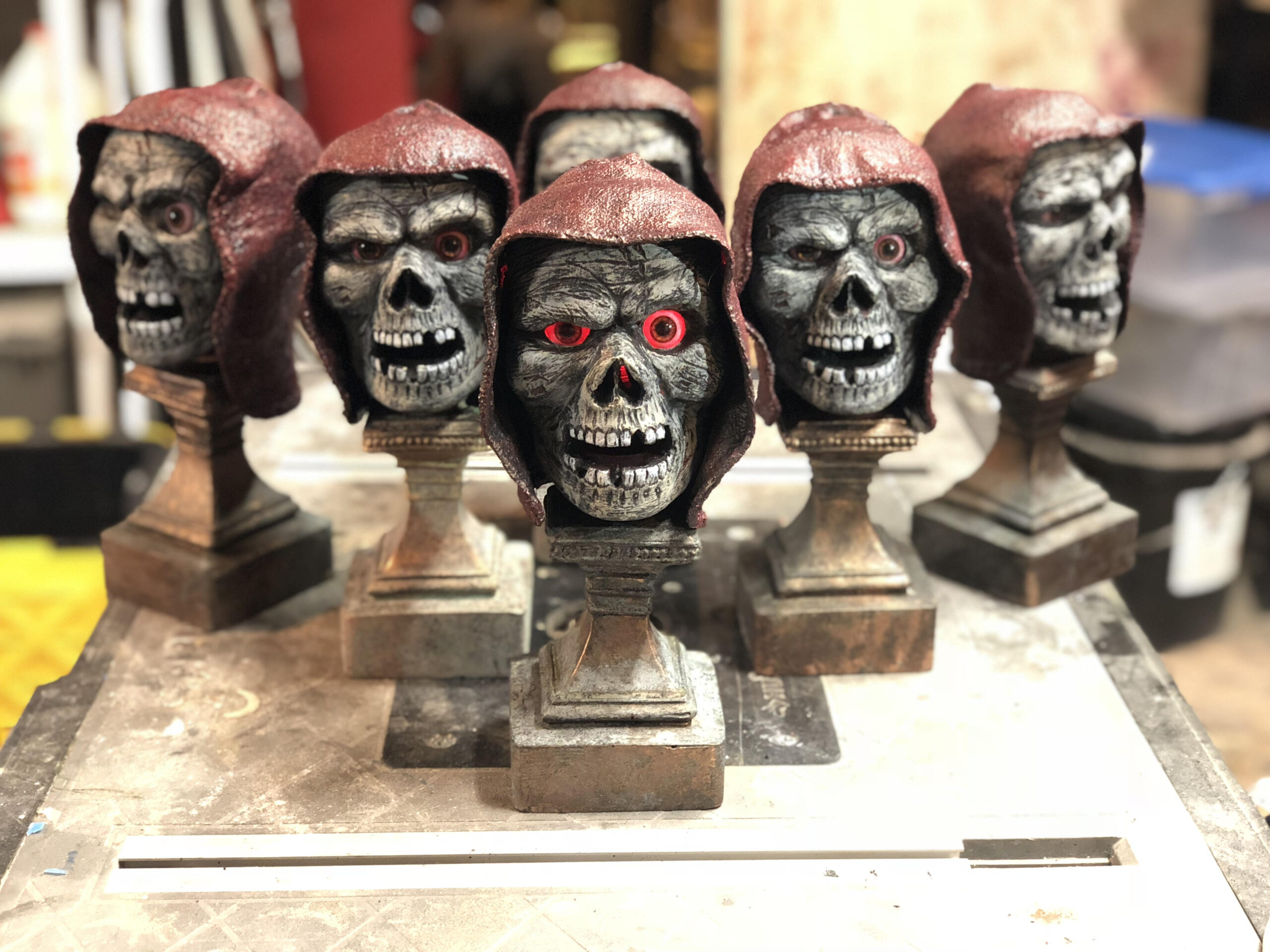 Find out who will take home a Creeper this year!