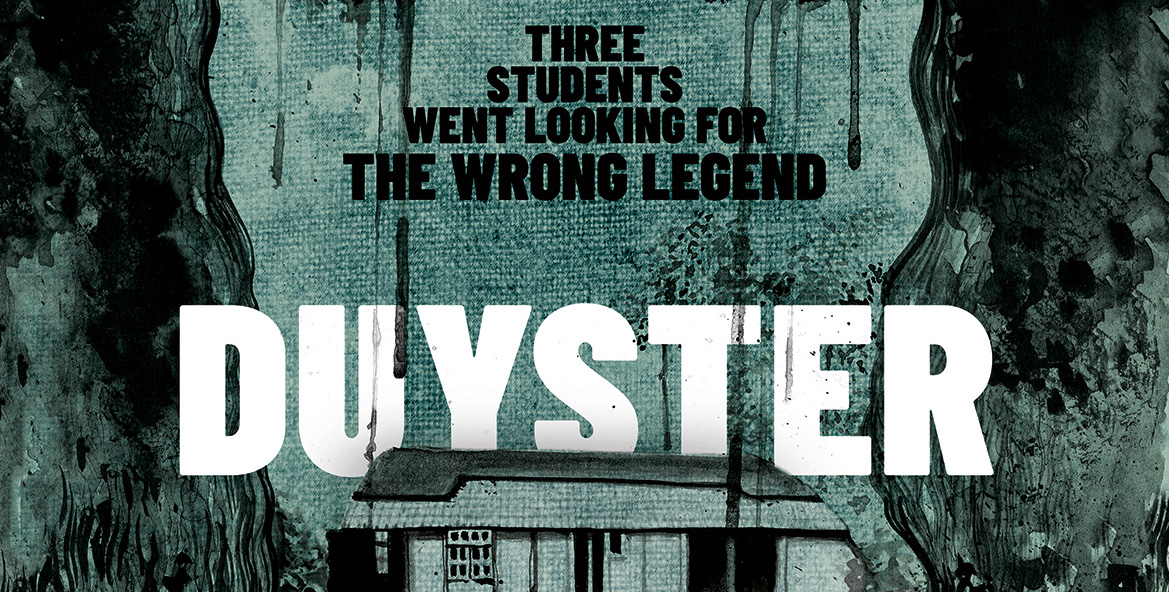 Forgive the poor sound quality at times and the tilter way he sits and looks at the camera, as Justin is new to recording video interviews after years of exclusively recording audio podcasts. Thankfully, the cast and crew of Duyster was far most interesting and engaging than he.

Here the writer and on of the co-directors, Thomas Vanbrabant, is joined by cast members Maïmouna Badjie, Tristan Feyten, and Charles De Meester. Sadly, due to Justin having to reschedule their first attempt to talk, co-director Jordi Ostir was unable to join this go around.

The discussion focuses primarily on the process of making the film and the actual film, a film that takes on the found footage format in a unique blend of modern Belgium and a horrifying Old World Europe, exploring witchcraft, executions, torture, and more. The genre gem that results is a frightening and singular film that uses the found footage conceit perfectly to tell its captivating and sometimes brutal tale.