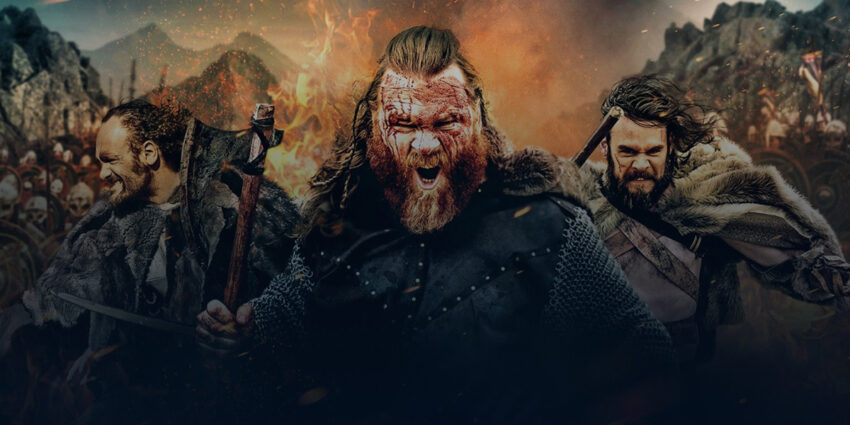 Well, Julian didn’t actually go anywhere, but we figured that since he left our humble horror festival a few years back, you may have lost touch with what’s he’s been up to. The answer is… an awful lot. But, before we get there, let’s bring it back to BAFF 2018, when the Redhead English Viking made his way to Hotlanta to hang out for the festival and catch some local sights.

Alberto Corredor’s impressive short film, Baghead, was selected for BAFF 2018 and the film’s star, Julian Seager, decided to travel “across the pond” to hang with the BAFF crew, take in some great films, and scoot over to Marvel to see some of his Asgardian buddies at Marvel – since it’s just down the road. He got more than he expected. getting to spend a day at Marvel, walk on set with some of his faves at The Walking Dead, and meet tons of great creative minds at the BAFF screenings and events.

His two latest projects are certainly. ones worth your time. One professional and one personal, Julian is both back at his old Viking tricks in an upcoming Netflix show and taking his love of food and competition to his new food fueled YouTube channel.

Vikings: Valhalla comes to Netflix in February with one burly Mr. Seager as Viking Jarl Gorm. No stranger to being an on-screen Viking, Seager did work on Thor: The Dark World and has played a Viking in various other projects on the big and small screens. While there seem to be a variety of reasons to check out Valhalla, Julian’s Jarl Gorm should prove to be among the top reason.

When I asked Julian about his new YouTube channel, asking what he’s been doing on there, he responded:

He has, however, beaten 3 professional eater’s records and has applied for an official Guinness book of records certificate for one of them so far. This is his other main focus, when his not on set for Valhalla or one of the other various projects he’s been a part of. Well, that and his family, of course. Those of us who hung out with him at BAFF couldn’t forget the comic and collectible stores he checked out while stateside, picking up swag for himself and his family.

Even if food videos aren’t your thing, following Julian’s HairyFoodyGuy YouTube channel is definitely the right move. He’s funny, entertaining, and sometimes quite impressive, as well. Whether you wanna see him suggest some great grub or just need a laugh, go check it out. In fact, get a sneak below of one of his more idiotic feats below:

All said and done, Julian has certainly kept busy since visiting us in 2018 and we’re excited to see how he continues to be successful and entertaining in everything he does. That said, we sure hope to get him back in Atlanta soon. Hurry back, Jarl!